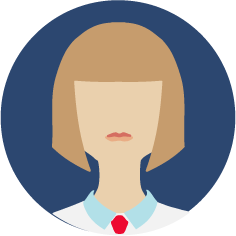 Comedy can be among the most entertaining forms of art. It allows you to laugh, think and connect with people in ways few other forms of entertainment can. At a comedy theater, there are two main types of comedic performances you might find:

Stand-up comedy is the most iconic form of comedic performance, and it can be found in virtually any comedy theater. It is a powerful form of art that relies on a person's presentation and comedic timing to get laughs.

The purpose of stand-up comedy is to share stories or observations while entertaining an audience. Comedians typically tell self-deprecating or observational jokes and humorous anecdotes from their own lives to connect with the audience. Jokes are often presented in a conversational style, allowing audiences to easily relate to the material.

Stand-up comedians use humor as a way to open conversations about difficult subject matter, such as race and gender relations, without being too overt about it. As with any form of entertainment, preparation and practice are key ingredients for a successful stand-up routine.

Comedians usually spend a while perfecting their sets before taking them out on stage. It takes time to build the confidence needed to perform in front of a large crowd, but once comedians get comfortable performing, they can create powerful moments that stay with you long after you've left the show.

Improv comedy is a form of comedy that relies heavily on the audience's input. It is usually performed by two or more comedians who create scenes and jokes based on suggestions from the audience.

Improv provides a great way for you to connect with the performers in real-time. It also allows comedians to showcase their skills more immediately than stand-up, as there is no pre-written material to rely on. You also get to be more involved, as your suggestions are what really powers the performance.

Overall, both stand-up and improv performances can be found at comedy theaters and provide an entertaining evening out. Each one offers something different, so you may want to experience them both to decide which one you enjoy the most. Whichever kind of comedy you choose, it's sure to keep you laughing and entertained for hours on end.